A Crisis of Culture (The Most Important Structure of Society) 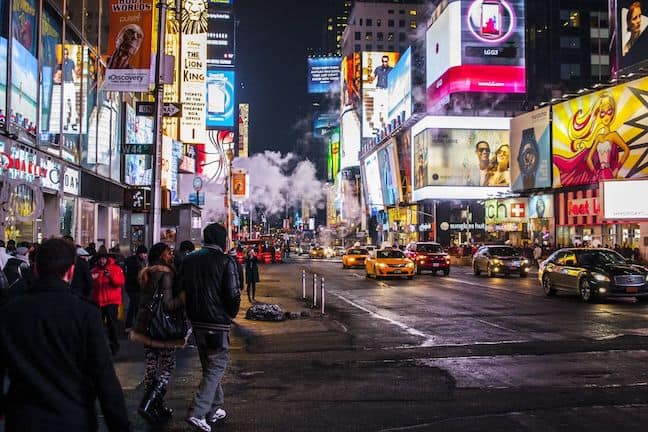 A Crisis of Culture is happening as we speak. The Church has identified its roots.

To understand the crisis of culture, we must understand culture. One of Pope St. John Paul II’s innovations to Catholic social teaching was establishing the need to maintain vibrant and critical interaction among economics, culture, and politics, emphasizing that of these – culture is the most important: “All human activity takes place within a culture and interacts with culture.” (Centesimus Annus, 51)

“Man is understood in a more complete way when he is situated within the sphere of culture through his language, history, and the position he takes towards the fundamental events of life, such as birth, love, work and death.” (Pope St. John Paul II, 24)

“Man remains above all a being who seeks the truth and strives to live in that truth…From this…the culture of a nation derives its character.” (Pope St. John Paul II, 51)

“At the heart of every culture lies the attitude man takes to the greatest mystery: the mystery of God. Different cultures are basically different ways of facing the question of the meaning of personal existence.” (Pope St. John Paul II, 24)

“The cause of the crisis of these recent years is of a deep ethical nature”. (Pope Francis)

WE ARE IN A CRISIS OF CULTURE!

The Church is clear: the “pathologies” eating away at our environment are the fault of our ethical and cultural systems, not economic ones. As Pope Francis states, “this time of crisis” is really “a human crisis: it is the human person that is in crisis! Man himself is in danger of being destroyed!”​ (Address in St. Peter’s Square)

“[P]olitics and economy cannot be reduced to mere technical know-how bereft of ideals and unconcerned with the transcendent dimension of man…” (Pope Francis, 10)

“The cause of the crisis of these recent years is of a deep ethical nature”. (Address to Participants in a Meeting Promoted by CAPP)

RELIGION IS THE FOUNDATION OF CULTURE

Pointing out religion is the foundation of culture (Centesimus Annus, 51) Pope St. John Paul II challenged a modern world which rejects religion in the public square – creating an illusion that God does not exist or that God can be restricted to the realm of purely private affairs.

The health of a culture demands that religious values be part of the democratic debate because absent them, “public life is sapped of its motivation and politics takes on a domineering and aggressive character. Human rights risk being ignored”. (Pope Benedict XVI, 56)

Such a situation “in the end, is nothing less than a threat to genuine human freedom, which only matures in generosity and fidelity to the truth.” (Pope Benedict XVI)

We stand warned: when a culture can no longer define itself within a nature that transcends it; when it allows the necessary relationship between truth and freedom to become hidden or appear inappropriate for public dialogue; when it ignores ethical and religious dimensions in the public square – “When this happens, humanity runs new risks of enslavement and manipulation.” (Pope Benedict XVI, 26)

A CRISIS OF CULTURE NOT ECONOMICS

While it is true that the “conviction that the economy must be autonomous, that it must be shielded from ‘influences’ of a moral character, has led man to abuse the economic process in a thoroughly destructive way.” (Pope Benedict XVI, 34) [even to the point that the current system “is by now intolerable…the dung of the devil.” (Pope Francis, 1)] Pope Francis identifies that our problems originate “in a profound human crisis: the denial of the primacy of the human person!” (Evangelii Gaudium, 55)

We must remember, “Of itself, an economic system does not possess criteria for correctly distinguishing new and higher forms of satisfying human needs from artificial new needs.” (Pope St. John Paul II, 36) Rather, it “is part and parcel of human activity and precisely because it is human it must be structured and governed in an ethical manner”. (Pope Benedict XVI, 36)

“It is not the instrument that must be called to account, but individuals, their moral conscience and their personal and social responsibility.” (Pope Benedict XVI, 36)

Pope Benedict XVI said, we have “to look to the deeper causes of this situation: In the last analysis, they are to be found in a current self-centered and materialistic way of thinking that fails to acknowledge the limitations inherent in every creature”. (Address to Diplomatic Corps)

“Changing structures without generating new convictions and attitudes will only ensure that those same structures will become, sooner or later, corrupt, oppressive and ineffectual.” (Pope Francis, 189)

“Fidelity to the truth…alone is the guarantee of freedom”. (Pope Benedict XVI, 9) And “Freedom…demands the courage to engage in civic life and to bring one’s deepest beliefs and values to reasoned public debate.” (Pope Benedict XVI)

This crisis of culture is rooted “in a profound human crisis: the denial of the primacy of the human person!” (Pope Francis)

Catholic social teaching points out four dangers or major ‘risks and problems’ in our current culture: (Click each to learn more)