The Common Good: a Result – not a “Principle”

The “common good” is a critical concept and – an aspirational result: “the sum total of social conditions which allow people, either as groups or as individuals, to reach their fulfillment more fully and more easily”. (CCC, 1906) 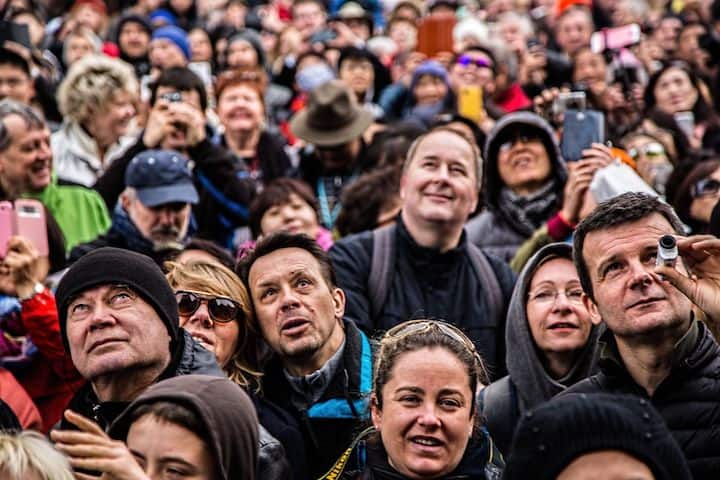 1. “​Respect for the person​, as such” (CCC, 1907) (The Church goes on to insist on the obligation for public authorities to respect fundamental and inalienable rights);

2. The “social well-being ​and ​development ​of the group“. (CCC, 1908) (Calling this ‘development’ the epitome of all social duties – the Church asserts public authorities must “arbitrate…between various particular interests” to attain it);

3. “​Peace​“. (CCC, 1909) (The Church asserts the proper responsibility of public authorities to ensure the security of society – through morally acceptable means.)

THE COMMON GOOD IS FOR EVERYONE

This means (presaging the Church’s preferential option for the poor) that “considerations of justice and equity can at times demand that those in power pay more attention to the weaker members of society, since these are at a disadvantage when it comes to defending their own rights and asserting their legitimate interests.” (Pope St. John XXIII, 56)

The common good consists of “respect for the person”, the “social well-being and development of the group”, and “peace”.​

WHO IS RESPONSIBLE? ME!

WHO IS RESPONSIBLE? THE STATE!

The common good is not an end in itself; it is never sought “for its own sake, but for the people who belong to the social community and who can only really and effectively pursue their good within it”. (Pope Benedict XVI, 7) Indeed, “civil society exists for the common good” (Pope Leo XIII, 51) and “every civil authority must strive to promote the common good”. (Pope St. John XXIII, 56)

THE COMMON GOOD – IT’S ABOUT THE PERSON

“The common good, since it is intimately bound up with human nature, can never exist fully and completely unless the human person is taken into account at all times.” (Pope St. John XXIII, 55) However, the common good is never “simply the sum total of particular interests; rather it involves an assessment and integration of those interests on the basis of a balanced hierarchy of values; ultimately it demands a correct understanding of the dignity and the rights of the person.” (Pope St. John Paul II, 47)

The common good is not an end in itself.​

The Church identifies the common good as the sum total of social conditions which allow people to reach their fulfillment. At times, this may require preferential treatment for individuals and groups. The common good must always be ordered to a correct balance of interests, never abrogating human dignity or the inalienable rights of man. Finally, the common good is most completely realized in and through the political sphere.