Toward Achieving a “Just” Distribution of Wealth

Human labor tends to be undervalued for what it can produce, and negotiations between employer and employee tend to be uneven. Accordingly, the Church expects every employer to pay a fair wage, and assigns the responsibility for ensuring fair wages jointly between employers and the state.

A spirited political debate is taking shape around the world. The issue is whether wealth redistribution or wealth creation should be the more important consideration driving national policies.

One side maintains that those at the upper end of the income distribution should be taxed more heavily so that governments may increase social services to those less well off.

The other side argues that tax rates should be flattened so that the economy grows and more wealth is created. 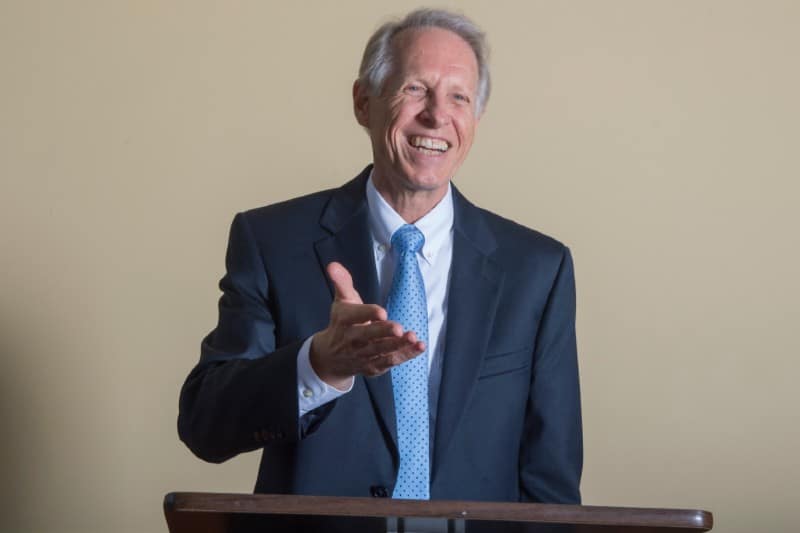 The Catholic Church tries to distance herself from political debate, but she does provide good guidance based upon the teachings of Christ and the integration of faith and reason. The Church has long advocated a “just” distribution of the world’s wealth. But what does she mean by this?

A document released in March 2013 by the Pontifical Council of Justice and Peace, and signed by His Eminence Cardinal Peter Turkson, provides a very good explanation. But before we go to the particulars, we first need to review the Church’s teachings on three key related concepts: the universal destination of goods, the fair wage, and the right to private property. After we have these concepts firmly in mind, we can more fully understand what the Church means by a “just” distribution of wealth.

The universal destination of material goods is the principle that all creation is ultimately God’s and, therefore, belongs to all God’s creatures. The world’s wealth is intended to be developed to benefit everyone—rich and poor, powerful and weak, now and in the future—so it follows that all resources are conferred with a social mortgage: those who are given wealth must do something good with it. As demonstrated in the parable of the talents (Matthew 25:14-30), those who are given more are expected to do more with what they’ve been given.

To fully understand what the Church means by a “just” distribution of wealth we must review three key related concepts: the universal destination of goods, the fair wage, and the right to private property.

A fair wage is the amount needed to support a thrifty and upright worker and his family, plus enough extra so that the worker can save and acquire property of his own. Human labor tends to be undervalued for what it can produce, and negotiations between employer and employee tend to be uneven. Accordingly, the Church expects every employer to pay a fair wage, and assigns the responsibility for ensuring fair wages jointly between employers and the state.

“Furthermore, society and the State must ensure wage levels adequate for the maintenance of the worker and his family, including a certain amount for savings.” (Pope St. John Paul II, 15)

Private property is the result of worker savings and provides a buffer against difficult times.

The Church regards private property ownership as necessary to undergird an individual’s personal freedom and dignity – the freedom to choose and act in a way consistent with God’s calling.

“Private ownership… is the natural right of man, and to exercise that right, especially as members of society, is not only lawful, but absolutely necessary. ‘It is lawful,’ says St. Thomas Aquinas, “for a man to hold private property; and it is also necessary for the carrying on of human existence.'” (Pope Leo XIII, 22)

And private property does something else: it makes charitable acts possible. Without private property ownership, one has nothing material to give. But with private property, an individual can make a decision in love to give to another something of value. This provides teeth to what is called the preferential option for the poor, a special primacy in the application of Christian charity directed at those whose living conditions interfere with their proper growth and development (Compendium of the Social Doctrine of the Church). The exercise of charity is a personal responsibility.

Now let’s return to the issue of what the Church really means by a “just” distribution of wealth. The Peace and Justice Document I mentioned earlier is called The Vocation of Business Leaders and provides the following advice:

Creators of wealth, the document says, “must find ways to make a just distribution of this wealth to employees (following the principle of the right to a just wage), customers (just prices), owners (just returns), suppliers (just prices), and the community (through just tax rates).”

The Church recognizes that we’re not dealing with a “zero-sum” game. Wealth must be created before it can be distributed, and wealth is created when those with an entrepreneurial spirit direct their energy, talent and resources to create the goods and services that people need. They become the faithful servant that takes the five that is given them, invests it, and produces five more. Society needs many more of these productive servants. But just producing more is not sufficient in God’s eyes. One must also do something good with the wealth created so that one “pays off” its social mortgage.

Property, that is, “capital,” has undoubtedly long been able to appropriate too much to itself. Whatever was produced, whatever returns accrued, capital claimed for itself, hardly leaving to the worker enough to restore and renew his strength. (Pope Pius XI, 61)

How does someone do this? First, by paying fair wages so that employees can take care of family obligations and at the same time accumulate wealth that can be distributed. This creates a multiplicative effect in which everyone excels. The size of the pie and the size of each slice become larger! Second, by operating in a just fashion, respecting the legitimate interests of all stakeholders and rewarding each according to their contribution. Finally, by freely giving property, in charity, so as to assist those who need help.

“‘Man should not consider his material possessions as his own, but as common to all, so as to share them without hesitation when others are in need.'” (Pope Leo XIII, 22)

A government’s legitimate role is to maintain a predictable and just economic system, provide a safety net for those in dire trouble, and collect a just amount in taxes to pay for it all. (Pope St. John Paul II, 48)

Unfortunately, many governments around the world institute laws and regulations that drive down wages, set high marginal tax rates that effectively discourage economic development, or make it difficult for small businesses to begin and thrive. Governments also err by providing services in a way that creates dependency instead of freedom, downplays the important role of private property and diminishes charitable contributions.

These approaches are directly opposed to what the Church regards as a “just” distribution of wealth.

Rather, government can facilitate a just distribution of wealth by using their taxing authority to promote the payment of fair wages, improving economic development, facilitating the ownership of productive private property, and increasing the exercise of personal charity. All of these actions help individuals live out their calling. 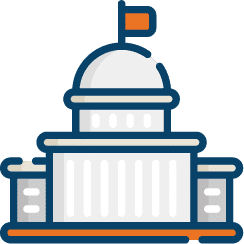 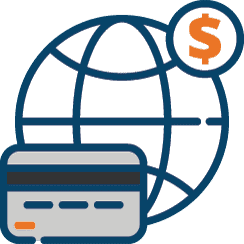