1. WHAT IS CATHOLIC SOCIAL TEACHING?

“Catholic social teaching seeks to apply the essence of Christian moral principles to life in society. It is not an economic or political program, but it offers a powerful way of thinking about what the common good requires, and how structures in society can promote or undermine human well-being and the requirements of justice.”  (Vincent Cardinal Nichols)

These principles underlay evaluation of all political, economic and cultural issues and guide us as to how we can apply them. Knowledge of these principles, in combination with our faith, provides the foundation for us to address current social questions.

2. WHAT ARE THE PRINCIPLES OF CATHOLIC SOCIAL TEACHING?

There are three key principles of Catholic social teaching, the greatest of which the Church insists is the first: A correct understanding of the human person embodied in the principle of:

Human Dignity: the inherent dignity of every person that comes from being made in God’s image. This is the prime principle!

The other two originate in human dignity:

Solidarity: “is a firm and persevering determination to commit oneself to the common good”. (Pope St. John Paul II, 38) “All men and women are called to live as one, each taking care of the other”. (Pope Francis, 2) We are “our brothers’ keeper”.

Subsidiarity: Decisions in society need to be made at the lowest competent level. The State should undertake only those tasks which are beyond the capacity of individuals or private groups acting independently. Any activity that can be efficaciously performed by a more decentralized entity – should be. (Quadragesimo Anno, 79)

3. WHAT IS THE ‘GOAL’ OF CATHOLIC SOCIAL TEACHING?

The common good: “the sum total of social conditions which allow people, either as groups or as individuals, to reach their fulfillment more fully and more easily”. (Catechism of the Catholic Church, 1906)

However, the common good is not “simply the sum total of particular interests; rather it involves an assessment and integration of those interests on the basis of a balanced hierarchy of values; ultimately it demands a correct understanding of the dignity and the rights of the person.” (Pope St. John Paul II, 47) “Our duty is to continue to insist…that the human person and human dignity are not simply catchwords, but pillars for creating shared rules and structures”. (Pope Francis, 2)

And, importantly, “The notion of the common good also extends to future generations”. (Pope Francis, 159)

4. WHY DOES THE CHURCH GIVE US THESE SOCIAL TEACHINGS?

The Catholic Church has done a lot of thinking and reflection on the macro issues: what form of government and economic system is best for promoting human freedom; why must faith be part of the public square; what are the pathologies destroying our culture and how do we fix them; how should we address the issues of developing countries; what are the dangers of a “welfare state”; among many other vexing issues facing modern societies.

5. WHERE DOES THE CHURCH’S AUTHORITY TO COMMENT ON SOCIAL ISSUES COME FROM?

The authority comes from the apostolic office, given by Jesus Christ himself, to Peter: “[T]he Pope [Leo] did not hesitate to intervene by virtue of his ‘apostolic office’, that is, on the basis of the mission received from Jesus Christ himself to ‘feed his lambs and tend his sheep’ and to ‘bind and loose’ on earth for the Kingdom of Heaven.” (Pope St. John Paul II, 5)

Specifically, “It is an expression of the prophetic task of the supreme pontiffs to give apostolic guidance to the church of Christ”. (Pope Benedict XVI, 12)

6. WHAT IS THE SOURCE OF CATHOLIC SOCIAL TEACHING?

Catholic social teaching “is built on the foundation handed on by the apostles to the Fathers of the Church and then received and further explored by the great Christian doctors…It is attested to by the saints and by those who gave their lives for Christ.” (Pope Benedict XVI, 12)

7. IS THERE A RECOGNIZED ‘BEGINNING’ TO THE CHURCH’S SOCIAL TEACHING?

The beginning of this “expression of the prophetic task of the supreme pontiffs” is usually traced to Pope Leo XIII and his landmark encyclical in 1891, Rerum Novarum, wherein he condemned the abuses and illusions of unbridled capitalism, socialism and, especially, communism.

“[I]t cannot be rash to say that Leo’s Encyclical has proved itself the Magna Charta upon which all Christian activity in the social field ought to be based, as on a foundation.” (Pope Pius XI, 39)

Catholic social teaching is ever new!

Catholic social teaching seeks “to discern the new demands of evangelization.” (Pope Benedict XVI, 12) It is, therefore, at once historical (drawing together its most creative and effective parts – synthesizing the best of what has come before) and contemporary – reflecting on the reality of the social condition it finds.

This was demonstrated with the election of Pope Francis wherein the Church again ‘turned a page’ and entered a new papal era with fresh insights – perhaps more pastoral and with an even wider global audience.

“Where there is no vision, the people perish”.

9. WHAT DO I DO WITH CATHOLIC SOCIAL TEACHING?

For Catholics, this social teaching is a central part of our identity.

“The Church, in fact, has something to say about specific human situations, individual and communal, national and international. She formulates a genuine doctrine for these situations, a corpus which enables her to analyze social realities, to make judgments about them and to indicate directions to be taken for the just resolution of the problems involved.” (Pope St. John Paul II, 5)

So, we must first of all – learn! Learn how to approach and, more importantly, respond to the key issues facing us in society. Catholic Social Teaching challenges us, the laity, to live our faith, and to transform society with the light of faith. As Pope Francis says: “Faith and service cannot be separated…they are intimately linked, interwoven with each other.” (Pope Francis) 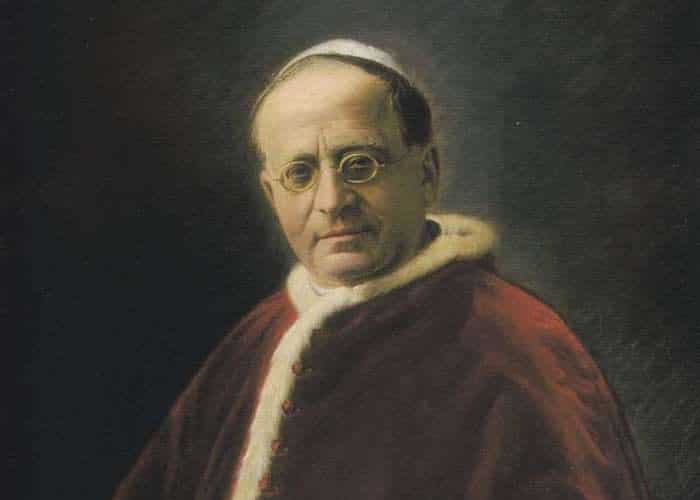 We should use Catholic social teaching to inform your conscience: on which candidates to vote for; what position you should take on immigration reform, tax policy, health care; welfare; etc. Learn how to integrate your work with your private life – not keeping faith isolated to Sunday but, rather, living it fully; reflected in all your roles and responsibilities.

In fact, Catholic social teaching is so important and comprehensive that Pope St. John Paul II called on lay Catholic leaders to form their consciences on its tenets. (Ecclesia in America, 67)

10. IS CATHOLIC SOCIAL TEACHING ONLY FOR CATHOLICS?

Absolutely not! Catholic social teaching has even “gradually and imperceptibly worked its way into the minds of those outside Catholic unity who do not recognize the authority of the Church. Catholic principles on the social question have as a result, passed little by little into the patrimony of all human society.” (Pope Pius XI, 21)

More about Catholic Social Teaching
Back to Articles