Centesimus Annus succeeds in drawing together the most creative and effective parts of Catholic Social Teaching over the prior hundred years.

It is more than a summary however; it synthesizes the best of what’s come before.

It keeps and builds upon long standing Catholic Social Teaching, while also returning to Pope Leo XIII’s original and penetrating contribution regarding the importance of the person at the heart of the social order.

Centesimus Annus is extraordinary in the way it reconfigures the basic framework of Catholic social teaching. 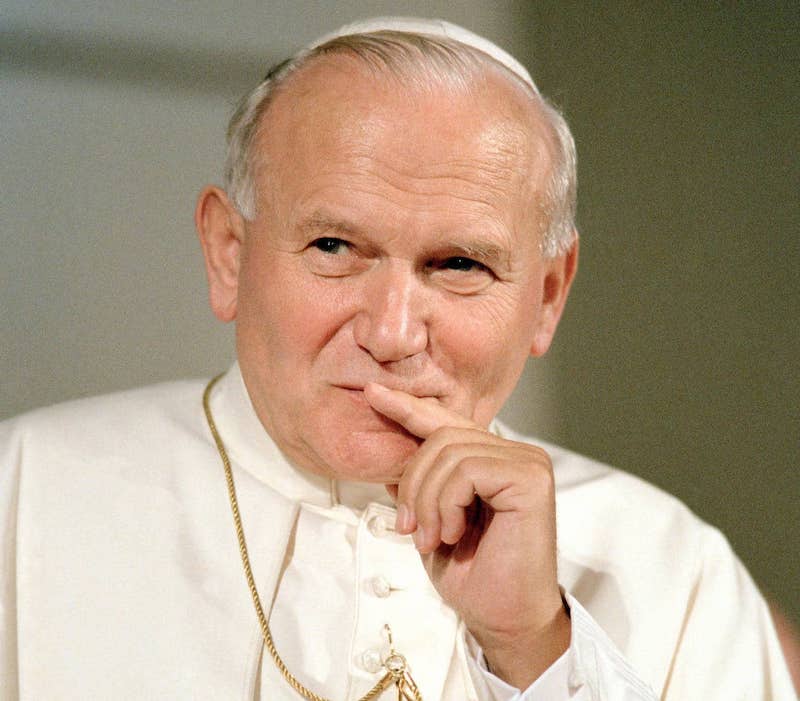 Saint John Paul the Great did more than recapitulate and synthesize the teachings of his predecessors – he broke new ground.  How?

Well, for one, Centesimus Annus affirms the value of the free market and of democracy. In essence, the Holy Father tells us that the economy should rely first on individual initiative and free markets. Only when basic human needs cannot be met through individual enterprise aided by private associations should the state provide for them.

Similarly, in the political realm, the preferred structure is the one that best fosters the participation by – and exercise of – the judgments of individual citizens, i.e. democracy.

Centesimus Annus introduces another innovation– something that George Weigel, noted biographer of the Saint, calls “an empirical sensitivity to issues of economic development”. Indeed, Centesimus Annus demonstrates the greatest depth of economic understanding of any magisterial document and also displays a modern appreciation for the dynamic nature of free exchange as well as the way wealth is produced. In its breadth and depth Centesimus Annus has been called “a completely new synthesis previously unseen in any other single work of religious reflection on the economy”.

Centesimus Annus is extraordinary in the way it reconfigures the basic framework of Catholic social teaching.

It establishes the need to maintain vibrant and critical interaction between economics, culture, and politics, emphasizing that of these three, culture is the most important. Prior to Centesimus Annus, Catholic social teaching focused mainly upon on economics and politics.

Pope St. John Paul II for the first time, included family and life issues on the list of ‘social’ concerns. These issues previously had been somewhat quarantined from Catholic social teaching. The implications for their integration here were potentially huge, BUT were not entirely sorted out.

The family and life issues have since been corrected and updated by his successors – most notably by Pope Benedict XVI’s Caritas in Veritate wherein the Church makes clear that there can be no separation of the issues of life and social justice:

“…respect for life…cannot in any way be detached from questions concerning the development of peoples…Openness to life is at the center of true development. When a society moves toward the denial or suppression of life, it ends up no longer finding the necessary motivation and energy to strive for man’s true good.” Caritas in Veritate, 28

Many are calling this Pope Benedict XVI’s unique contribution to Catholic social teaching—pointing out that a primary task of working for social justice includes promoting a culture of life.