The world was in trouble when Tolstoy asked that question. Radical changes were taking place in politics, economics and society. The Industrial Revolution was at its height. Major dislocations of pastoral people to squalid industrial centers disrupted the way of life millions had known for generations. 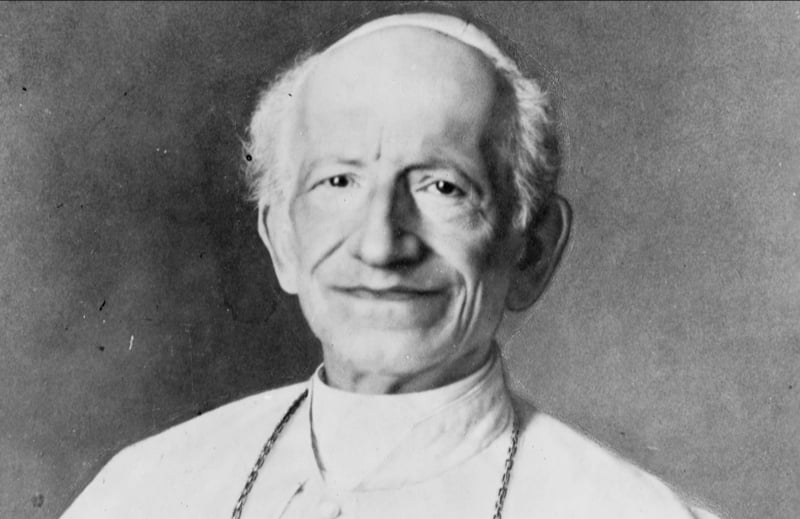 Mass migrations from Europe were splitting families. The writings of Karl Marx had taken root in widespread communist movements. “A traditional society was passing away and another beginning to be formed – one which brought the hope of new freedoms but also the threat of new forms of injustice and servitude.” Pope St. John Paul II, 4

At the height of this clash Pope Leo XIII intervened. In his landmark encyclical of 1891, Rerum Novarum, the Pope, and the Church with him, confronted a society torn by dispute and addressed it in pointed terms. This is where our story begins. We invite you to join us as we unfold this wonderful patrimony of Church teaching – Catholic Social Doctrine. In a sense Leo’s letter gave the Church “citizenship status”.

The Church recognized her right and duty to address the changing realities of public life and to suggest genuine solutions.

“In the face of a conflict which set man against man” Leo, for the first time, both established and firmly defended the Church’s moral authority to promote justice in public life and, by so doing, “created a lasting paradigm for the Church”. Pope St. John Paul II, 5

Pope Pius XI stated: “Leo’s Encyclical has proved itself the Magna Charta upon which all Christian activity in the social field ought to be based, as on a foundation.” Quadragesimo Anno, 14

Like Tolstoy’s novels, Catholic social teaching has a long and rich story. It is both old, in that it presents timeless values, and new, as it constantly reflects the world around us – as it is. So our story will take some time to unfold. But, just like sticking with a great, long novel, you will find the journey worth it.

This series will tell the story that answers the question posed by Count Tolstoy, “How, then, shall we live our life?” We will learn that our Church has done a lot of thinking and reflection on the macro issues:

What form of government and economic system is best for promoting human freedom; why must faith be part of the public square; what are the pathologies destroying our culture and how do we fix them; how should we address the issues of developing countries; what are the dangers of a “welfare state”; among many other vexing issues facing modern societies.

Of equal importance, in upcoming articles we will explore the three, key principles underlying evaluation of all political, economic and cultural issues (human dignity, solidarity, subsidiarity) and learn how we can apply them. Knowledge of these principles, in combination with our faith, will provide the foundation for us to address current social questions such as the reform of health care and immigration.

In fact, this Church teaching is so important and comprehensive that in his 1999 letter to the Church in America Pope John Paul II called on lay Catholic leaders to form their consciences on the tenets of the Church’s social doctrine. Ecclesia in America, 67

Now, as to why this is “The Church’s Best Kept Secret”

Most Catholics are largely unaware of Catholic social doctrine.

Even if we attend Mass regularly and are active in our parishes we know little of this teaching. With the press of so many topics to teach our priests, our Church’s social doctrine is often left out of seminary curricula. With the simultaneous drop in formal Catholic school education it becomes awfully hard to be aware of the tenets of our social doctrine, let alone be able to form one’s conscience on it.

We look forward to this journey of exploration into the Church’s best kept secret: Catholic social teaching.