Must Respect our Nature

Comprises Life, Dignity, and the Family

Inseparable from the Common Good

Speaks of a Harmonious Universe

One and Indivisable with Our Physical Environment

What is the Human Environment?

It is the moral conditions…“the moral structure with which [man] has been endowed.”

It is a “profound reality: the relationship between human life and the moral law, which is inscribed in our nature and is necessary for the creation of a more dignified environment.”

“There can be no renewal of our relationship with nature without a renewal of humanity itself.” (Pope Francis, 118)

“The Church has a responsibility towards creation”. However, “[s]he must above all protect mankind from self-destruction. There is need for what might be called a human ecology.” (Pope Benedict XVI, 51)

“The book of nature is one and indivisible: it takes in not only the environment but also life, sexuality, marriage, the family, social relations: in a word, integral human development.” (Pope Benedict XVI, 51)

“If there is a lack of respect for the right to life and to a natural death, if human conception, gestation and birth are made artificial, if human embryos are sacrificed to research, the conscience of society ends up losing the concept of human ecology“. (Pope Benedict XVI, 51) 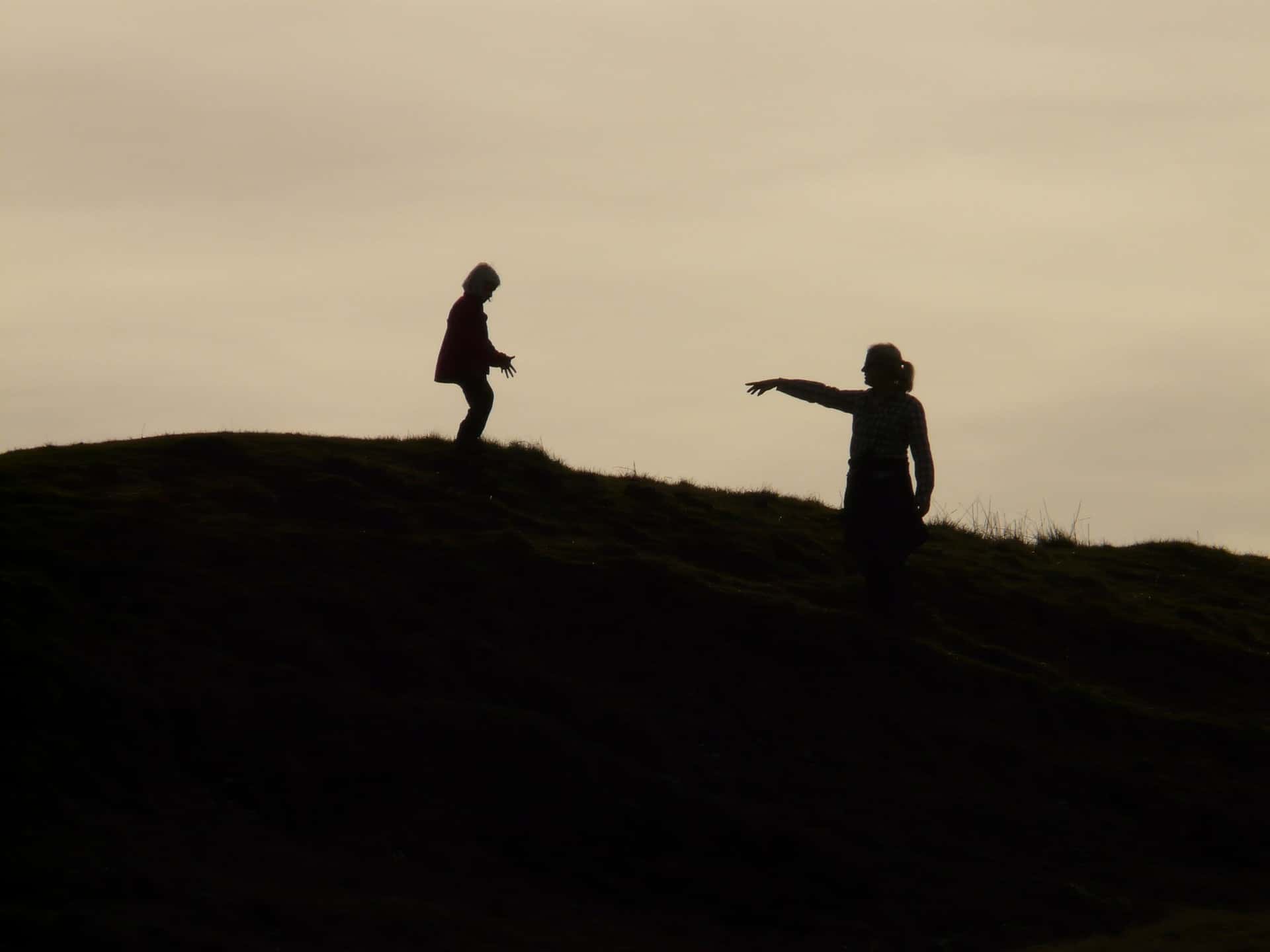 A Summary of Human Ecology

“Man does not create himself. He is intellect and will, but he is also nature, and his will is rightly ordered if he respects his nature, listens to it and accepts himself for who he is, as one who did not create himself. In this way, and in no other, is true human freedom fulfilled.” 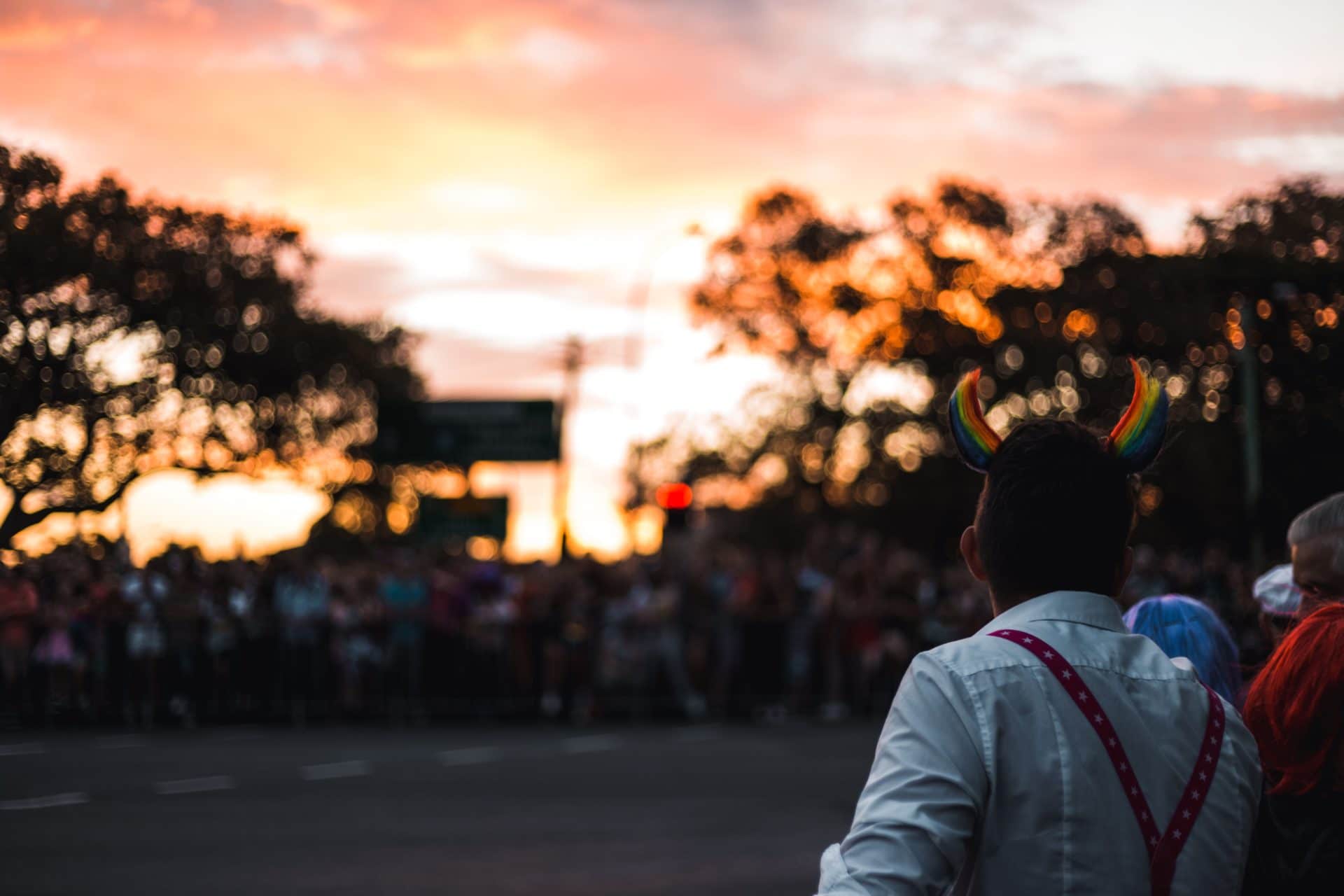 “When man turns his back on the Creator’s plan, he provokes a disorder which has inevitable repercussions on the rest of the created order.” (Pope St. John Paul II, 5)

“Herein lies a grave contradiction in our mentality and practice today: one which demeans the person, disrupts the environment and damages society.” (Pope Benedict XVI, 51)

“The harmony between the Creator, humanity and creation as a whole was disrupted by our presuming to take the place of God and refusing to acknowledge our creaturely limitations.” (Pope Francis, 66)

“If an appreciation of the value of the human person and of human life is lacking, we will also lose interest in others and in the earth itself.” (Pope St. John Paul II, 13)

“Creation is made to connect us with God and to each other; it is God’s social network.” (Pope Francis)

What Must We Do?

“The decisive issue is the overall moral tenor of society”.

“Pope Benedict spoke of ‘ecology of man’ based on the fact that ‘man too has a nature that he must respect and that he cannot manipulate at will.'” (Pope Francis, 155)

The many problems we face “confirms the need for carefully coordinated solutions based on a morally coherent world view. For Christians, such a world view is grounded in religious convictions drawn from Revelation.” (Pope St. John Paul II, 2)

“An education in ecological responsibility is urgent: responsibility for oneself, for others, and for the earth… The first educator, however, is the family, where the child learns to respect his neighbor and to love nature.” (Pope St. John Paul II, 13) 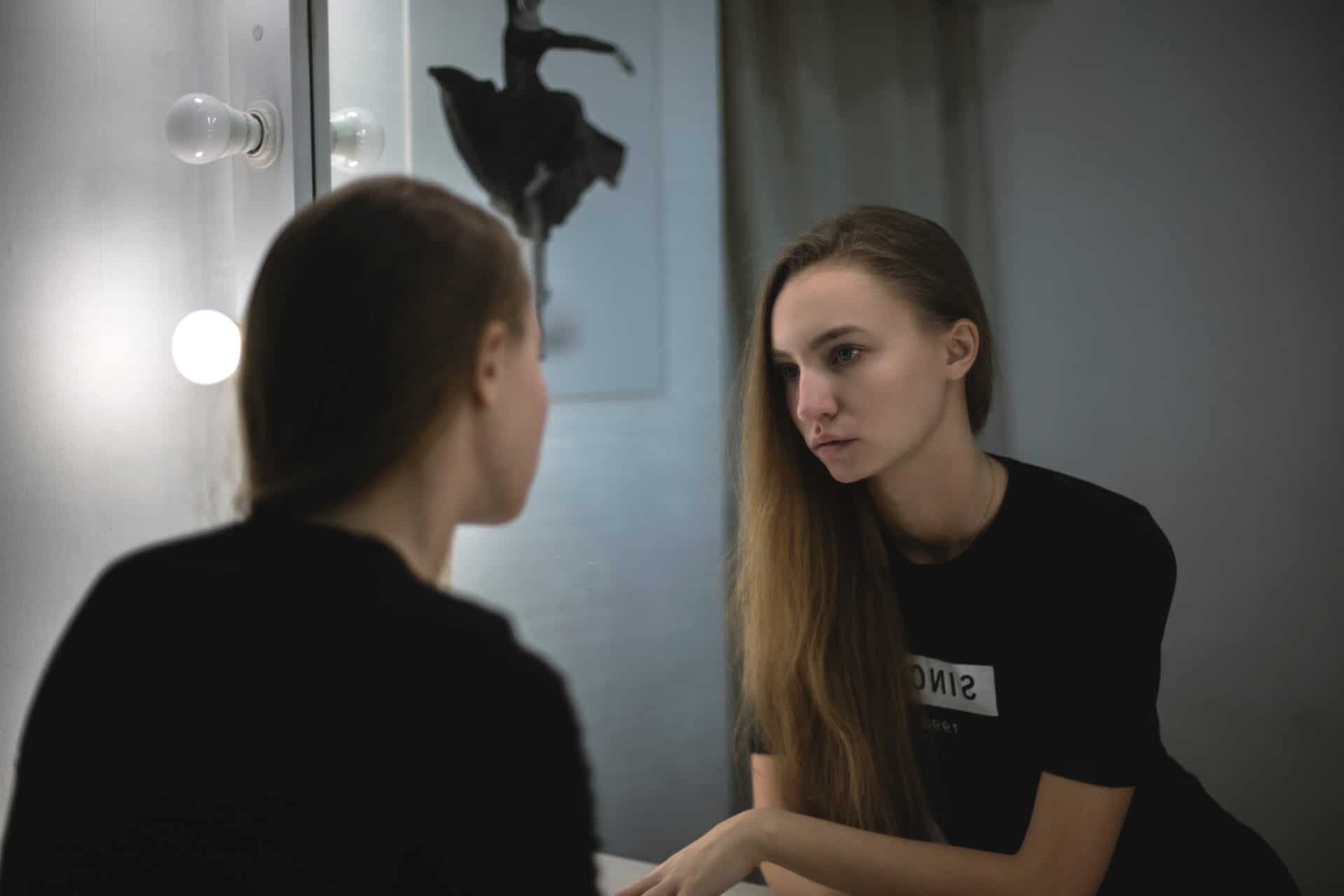 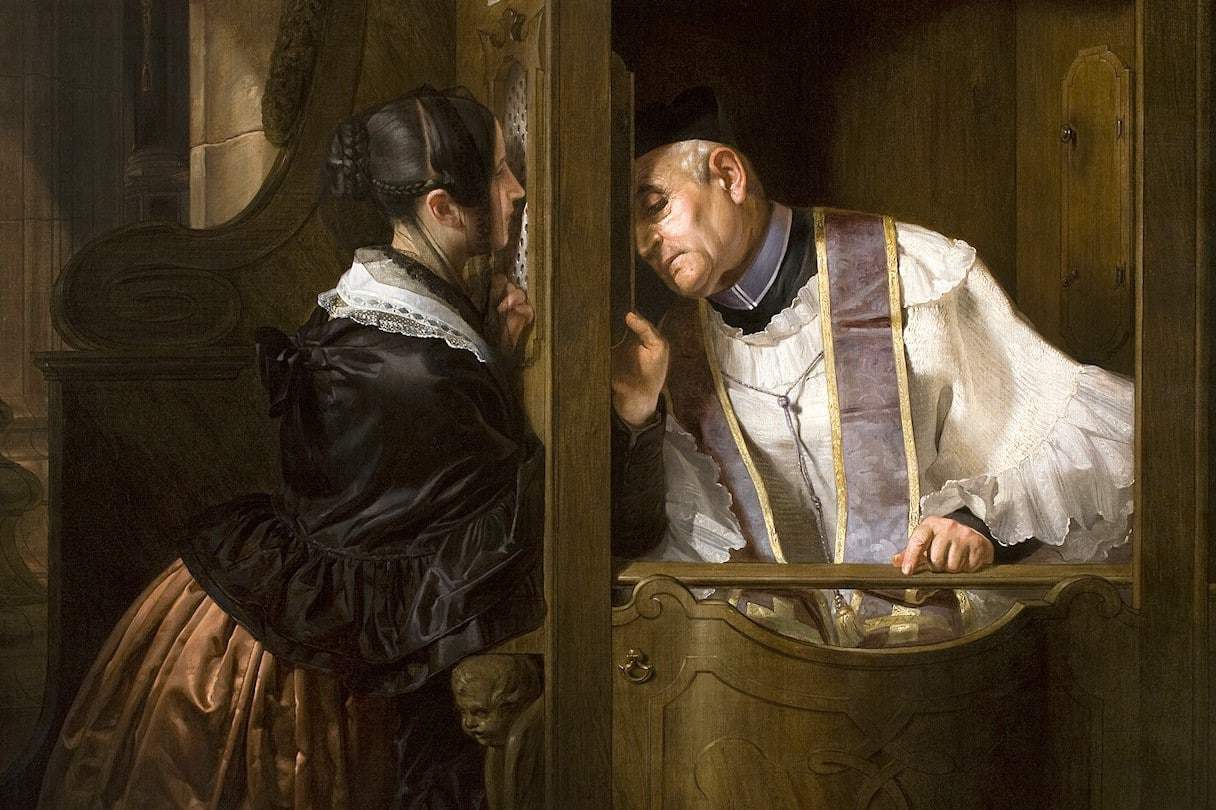 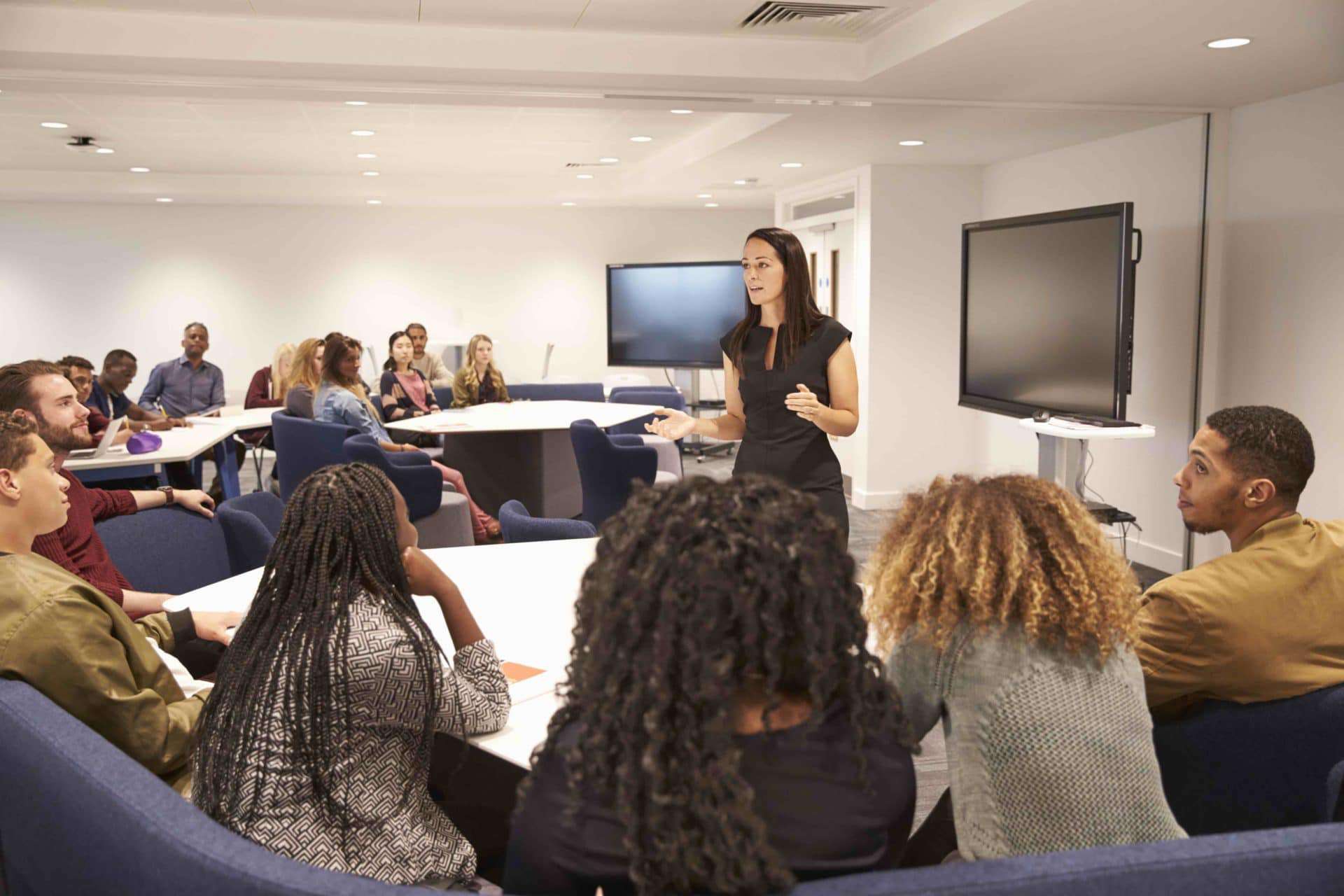 “Mankind “must…respect the natural and moral structure with which he has been endowed.” (Pope St. John Paul II, 38)

Catholic social teaching “offers a powerful way of thinking about what the common good requires, and how structures in society can promote or undermine human well-being” (Vincent Cardinal Nichols, Archbishop of Westminster, foreword to: “Just Money: How Catholic Social Teaching can Redeem Capitalism” by Clifford Longley; Published by Theos, 2014).

We are called to change our own lives, first, and then, change the world.

Most of All, We Must Promote an Integral Ecology 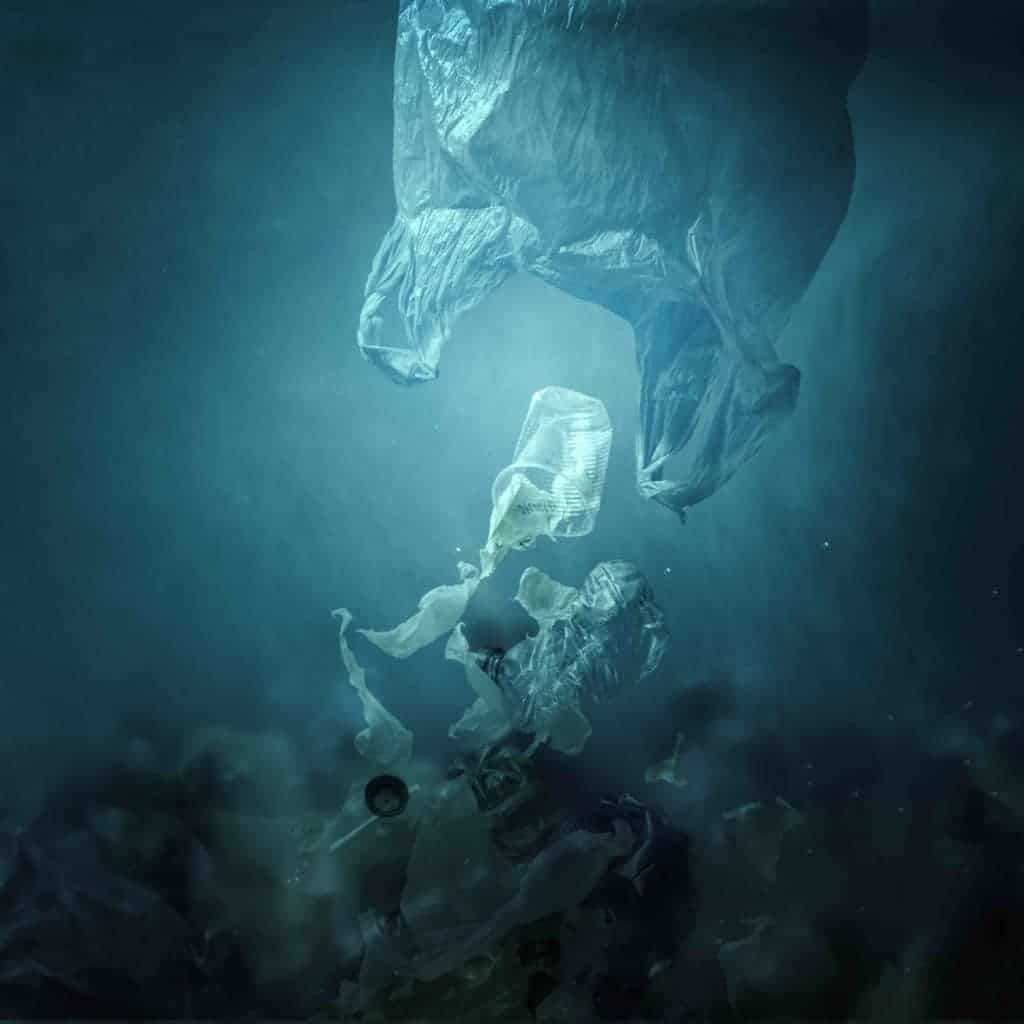 The call for an “ecology of the human person” involves issues of the social structure in which we live. These structures can either help or hinder our living in accordance with the truth and it is here that Catholic social teaching begins to integrate issues of life.

“I readily encourage efforts to promote a greater sense of ecological responsibility which…would safeguard an authentic ‘human ecology’ and thus forcefully reaffirm the inviolability of human life at every stage and in every condition, the dignity of the person and the unique mission of the family, where one is trained in love of neighbor and respect for nature.” (Pope Benedict XVI, 12)

The Church identifies four dangers or major ‘risks and problems’ eating away at the cultural, economic, and political systems and begins to identify how to cure them.

“The exclusive pursuit of material possessions prevents man's growth as a human being and stands in opposition to his true grandeur.” (Pope St. Paul VI, 19) A person who is concerned solely or primarily with possessing and enjoying – who can no longer subordinate his instincts - cannot be free.

Both our physical and human environment are at risk and the Church insists we ignore neither! “It is contradictory to insist that future generations respect the natural environment when our educational systems and laws do not help them to respect themselves. The book of nature is one and indivisible: it takes in not only the environment but also life, sexuality, marriage, the family, social relations: in a word, integral human development." (Pope Benedict XVI, 51)

We are losing the “authentic meaning of life”! When we refuse to transcend ourselves “and to live the experience of self-giving". (Pope St. John Paul II, 41)  when society “is marked by a ‘globalization of indifference’ that makes us…closed in on ourselves.” (Pope Francis, 1)  both the individual and society are alienated.

“The greatest challenge of our time is secularization” (Pope Benedict XVI, 3)​ Why? Radical secularism holds that there is no such thing as an objective truth. But, “Without truth, without trust and love for what is true, there is no social conscience and responsibility, and social action ends up serving private interests and the logic of power.” (Pope Benedict XVI, 5)​

Go Deeper! We’d love to connect with you! What are your concerns, insights, and questions in the context of Catholic social teaching?

A: “The guiding principle… of all the Church’s social doctrine is a correct view of the human person”. (Pope St. John Paul II, 11)

This means an understanding of each person’s unique value. All Catholic social teaching flows from this – the inherent dignity of every person that comes from being made in God’s image. It is in this beginning that human rights are grounded.

Why is this important?

“As one created in the image of God, each individual human being has the dignity of a person; he or she is not just something but someone, free, self-giving and entering into communion with others.” (Pope Benedict XVI, 2007 World Day of Peace Message, December 8, 2006, 2)

“The Incarnation reveals to us, with intense light and in a surprising way, that every human life has a very lofty and incomparable dignity.” (Pope Benedict XVI, Prayer for nascent human life, November 27, 2010)

“In comparison with all the other living beings that populate the earth man has an unmistakable originality. He lives simultaneously in both the spiritual and corporal dimension…We are therefore spirit, soul and body. We are part of this world, tied to the possibilities and limitation of our material condition, while at the same time we are open to an infinite horizon, able to converse with God and to welcome him within us” (Pope Benedict XVI, Prayer for nascent human life, November 27, 2010)

“God loves us deeply, totally and without making distinctions. He calls us to friendship with him, he makes us part of a reality beyond every imagination and every thought and word: his divine life itself. With feeling and gratitude, let us be aware of the value of every human person’s incomparable dignity and of our great responsibility.” (Pope Benedict XVI, Prayer for nascent human life, November 27, 2010)

Q: Is human dignity under assault?

A: “Today, perhaps more persuasively and with more effective means than in the past, human dignity is threatened by aberrant ideologies, assailed by the misguided use of science and technology, and contradicted by widespread incongruent lifestyles… Moreover, propaganda and the growing acceptance of disordered lifestyles contrary to human dignity are weakening the hearts and minds of people.

Q: Is peace at risk?

A: “A true and stable peace presupposes respect for human rights. Yet, if these rights are grounded on a weak conception of the human person, how could they not fail to be themselves weakened?” (Pope Benedict XVI, 2007 World Day of Peace Message, 12)

“History has shown how dangerous and damaging a State can be when it proceeds to make laws that touch the person and society, while itself claiming to be the source and principle of ethics”. (Pope Benedict XVI, Address To Participants in the General Assembly of the Pontifical Academy for Life, February 13, 2010)

A: “Respect, protect, love and serve life, every human life! Only in this direction will you find justice, development, true freedom, peace and happiness!” (Pope St. John Paul II, 5)